skip to main | skip to sidebar

I am back on You Tube

You can leave Utah but you cannot escape ruded bigited Mormons

I was on a Caribbean cruise a few years ago; one of the ports was Jamaica. Here I did an excursion that included Dunn's river falls and river tubing and tour of the local area. Part of the local tour included a stop a couple of factories for a free taste of 2 products Jamaica is known for Coffee and Rum. A group of Mormons on the tour raised such a ruckus that we could not stop at the factories for the samples. Worse this group of Mormons said unbelievably rude things about the friends who were with me on the tour (an interracial couple). These comments included many users of the F and N words and included statements as "Polluting the pure race", "Fu@#@# Nig@#@#" "Devil cursed half breeds" etc. The worst examples of the Mormon Church are sometime the members themselves.
Posted by Demon of Kolob at 3:41 PM 9 comments:

I created a new video

There are still problems the sound is out of sync, but it delivers its message.
http://www.youtube.com/watch?v=r2Wqy31Mx90
Posted by Demon of Kolob at 9:04 AM 6 comments:

"LDS Church President Thomas S. Monson invited "the less-active, the offended, the critical, the transgressor" Sunday to come back and "feast at the table of the Lord and taste again the sweet and satisfying fruits of fellowship with the Saints." "

Tommy Boy Talk is cheap, you do not really mean what  you said. If you did you would extend an olive branch with those words ,do something to back them up.
For Example Comment from the SLC Tribune Article

From Wikipedia, the free encyclopedia

Jump to: navigation, search
For other meanings of this name, see Book of Abraham (disambiguation).

The Book of Abraham is a scriptural text for some denominations of the Latter Day Saint movement. According to Joseph Smith, Jr., the movement's founder, it is "a translation of some ancient records....purporting to be the writings of Abraham, while he was in Egypt, called the Book of Abraham, written by his own hand, upon papyrus".[1]

The work was originally published in 1842 in the Latter Day Saint movement newspaper Times and Seasons[1] together with facsimiles of vignettes from the papyrus and Smith's explanations of them. In 1851, it was republished in England as part of the Pearl of Great Price, which has been included in the canon of The Church of Jesus Christ of Latter-day Saints since 1880.[2]

For many years the original papyri were thought to have been lost. In 1966 eleven fragments of the papyri were found in the Metropolitan Museum of Art in New York, and are now designated the Joseph Smith Papyri. Both Mormon and non-Mormon Egyptologists examined the fragments and concluded that they are portions of common funerary texts, dating to about the first century BC, and contain no reference to Abraham, bearing little resemblance of Smith's interpretation. As such, their discovery amplified the long standing dispute concerning the authenticity of the Book of Abraham.

Posted by Demon of Kolob at 9:43 AM No comments: 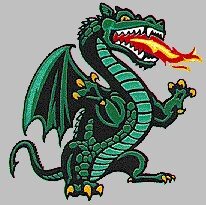 Demon of Kolob
Kolob, Utah, United States
I am an exmormon , A former worker for the LDS (Mormon) Church. A Mormon scholar with a Masters Certifcate from the LDS Institute of Religion Email: DemonofKolob@Gmail.com